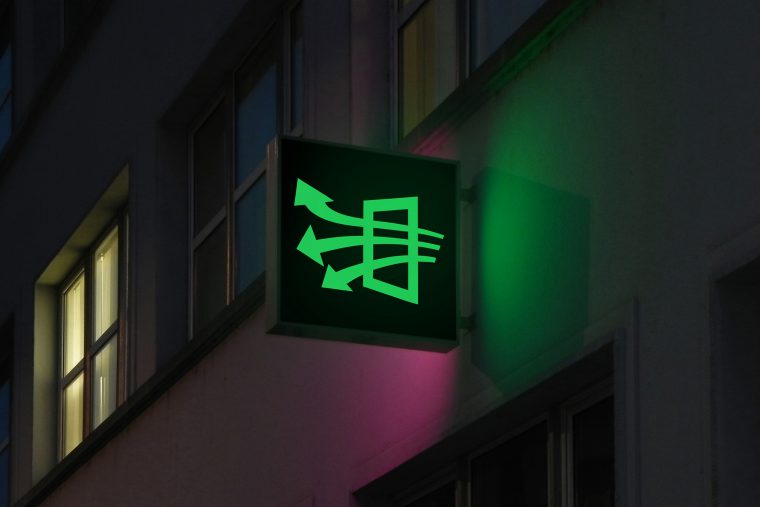 The 2m2 gallery was formed in 2012 by Simon Lamunière and Christian Pirker. Both a gallery and a production, 2m2 invites artists to create specific artistic works, projects, editions and, more recently, shows in the gallery space, consisting of a lightbox on the façade of a building in Geneva. The gallery is only 2 m2. Artists are invited to create a work of art on each of its sides. Like street plaques or advertisements, the pieces created for this space question art in public spaces and the way works interact with the fact of being seen.