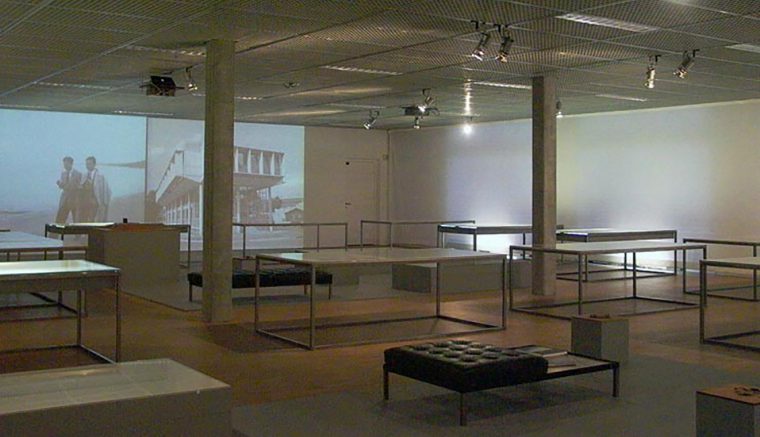 Archizoom is an exhibition and lecture space on the site of the EPFL. Since 1974, this space has aimed to act as a platform for exchanges on architecture and seeks to be open to new interactions between art, science and engineering. The space was renamed Archizoom in 2007 after the important retrospective it organised on the architects of the Archizoom Associati group. During each show, debates and prestigious guests offer in depth analysis of the themes developed by the show. Some artists shown in the past: Aldo Rossi, Saul Steinberg, Pier Luigi Nervi, Studio Mumbai, Jean-Marc Lamunière, Edith Bianchi, Aldo Favini. Adriano Olivetti, Fernand Pouillon, Alexandre Sarrasin, John Utzon, Jean Nouvel, Patrick Berger.