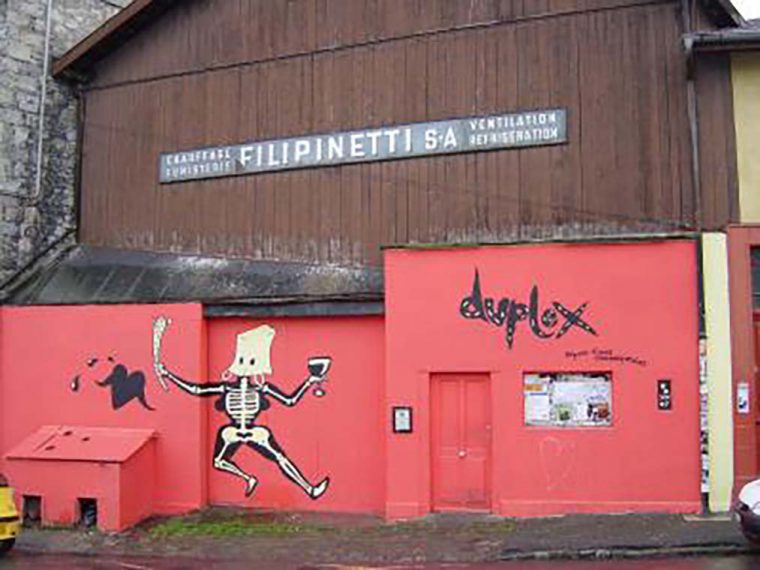 Duplex is an association and independent space dedicated to emerging contemporary creation since 2000. It lies behind Cornavin railway station in a former industrial hangar. This building is used by different groups of people who have developed artistic and cultural activities there since the mid-1990s. The goal of this space is to promote artistic creation, in particular in the areas of visual arts and music, with a unique and interesting approach. Duplex works to further encounters andcooperation between artists, sometimes from different mediums. It invites participants to propose specific projects for its space, offering an appropriate experimental framework. The space spread over two floors encourages modular use according to the activities. While maintaining an interest in the Geneva artistic scene and collaborating occasionally with the cultural institutions of the city of Geneva, Duplex regularly welcomes Swiss and international artists.