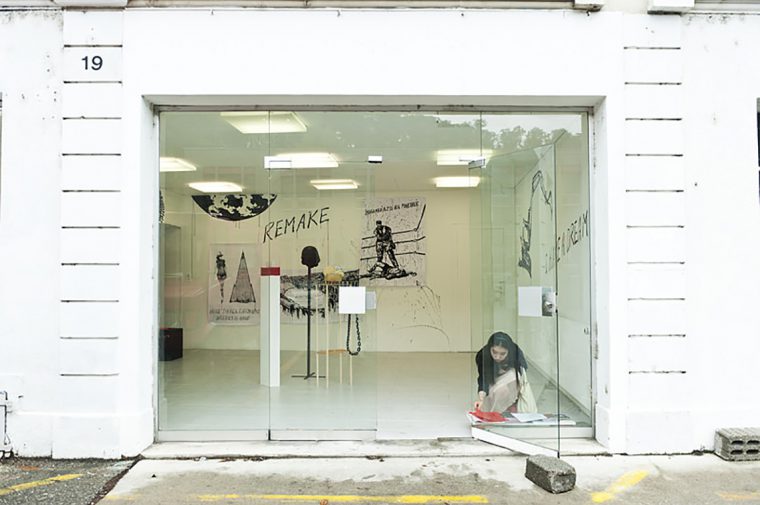 Right at the tip of the Geneva Jonction, in the former factory of the same name, the Espace Kugler is a contemporary art space of 30 m2 that has welcomed many emerging artists since 2005. This space shows Geneva artists and regularly invites international artists from France, Russia, Canada, Germany, Japan, Korea, etc. Managed by the artists in residence in the studios of the former Kugler factory, the space has welcomed over one hundred artists. All artists shown are selected and supported by the curatorial team. The goal of the espace Kugler is to promote an independent artistic scene by emphasizing installation and experimentation, while focussing on the encounters between contemporary art and the public, without elitism or bias. There are regular one-off partnerships with Geneva cultural institutions or with Geneva visual arts associations.