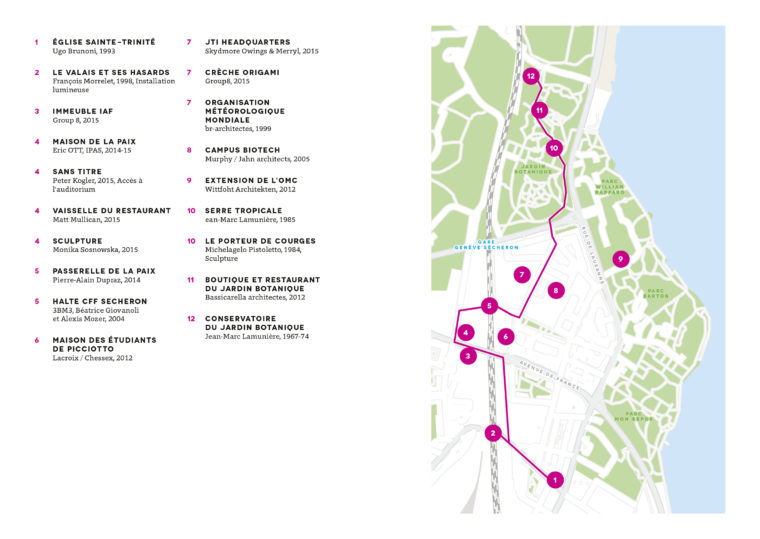 This former industrial and somewhat marginal neighbourhood has turned a new leaf in radical but careful steps. Today, it gives the impression of a new Geneva modernity. Located at the northern entrance to the city, it creates links between parks, the lake and the international organisations and unites work and leisure in a surprising contradiction. The world of offices, administrations and the search for business rubs up against a crowd that has come for the botanical garden or a walk by the lake. It brings together several impressive new constructions that make good use of the quiet location that nevertheless also has a certain brutality to it because of the two important road and rail entrances to the city that cross it. It is probably this contrast that has permitted architectural daring and surprising forms at the different times it was built. The result of many architectural competitions, it can be seen that the architects carefully and correctly took the immediate proximity of each building into account. The itinerary through Sécheron is not romantic ; its assets are explosive and surprising objects, contrasts and surprises.