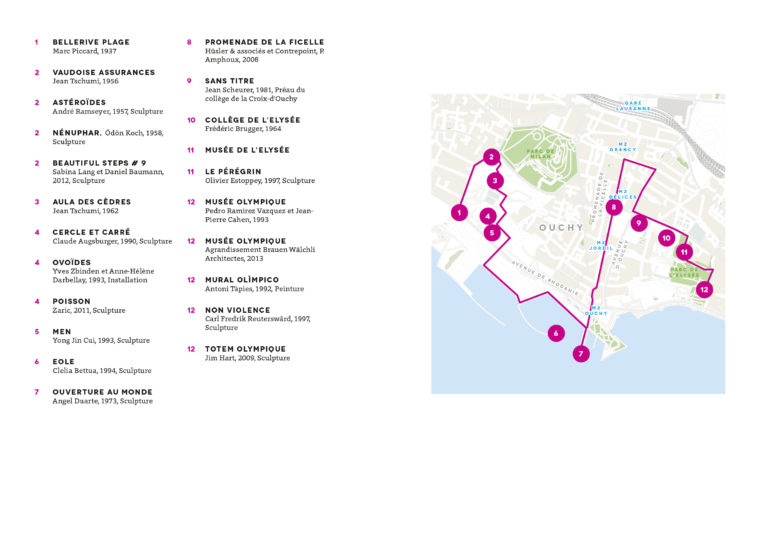 After the construction of the railway station and the increase in tourism, the economy and the face of Lausanne changed radically from the mid-19th century. After the luxurious country houses nearby, elegant hotels began to host prestigious guests. As the city spread, great houses became part of the urban fabric, in particular along the lake, and served to launch care- fully built, representative programmes. On either side of the Ficelle walkway, between the shore and the Cour and Elysée avenues, a strip of land was developed with marvellous properties for company headquarters and educational or cultural institutions. From the Vaudoise Assurances to the Olympic Museum, projects built over half a century come together in their respect for their environment and the integration of artworks. Alternating between verdant oasis and viewpoints, architecture, art and landscape, the itinerary takes you along the lake while collecting impressions and observing how the question of the relationship with the expanse of water is brought up, from the Bellerive public swimming pool to luxury hotels, which are amongst the most beautiful Lausanne buildings.