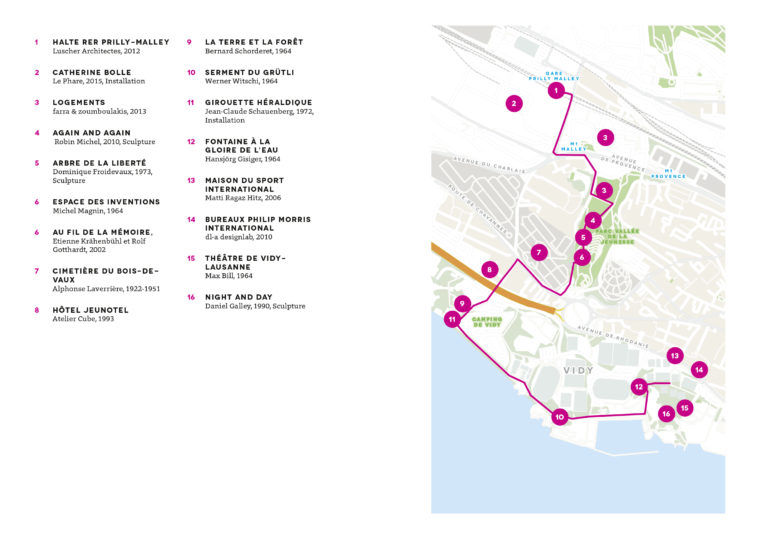 In 2011, the Wakker prize was awarded to the Schéma directeur de l’Ouest lausannois (SDOL), an urbanistic project between nine municipalities in the West of Lausanne for the harmonious development of an area that contained, in particular, the Malley wasteland, a location that will go through important construction projects in the next few years. This initiative witnesses to the increasingly intimate link between Lausanne and its conurbation. This westward slide of the city’s centre of gravity was already given a strong push with the National Exposition of 1964 and its land taken from the lake, and rein- forced, the same year, by the first highway in the country towards Geneva. The installation of the EPFL and the University of Lausanne in Dorigny over the next decades increased the tendency. Since they can be accessed by the M1, these two sites that hold recent works by SANAA, Dominique Perrault and Kengo Kuma can easily be integrated in the itinerary, since it passes through Malley station. It is thus possible to combine a visit of the traces left by Expo 64 and of more recent designs with that of an area where several spectacular buildings will still be built in the next few years.