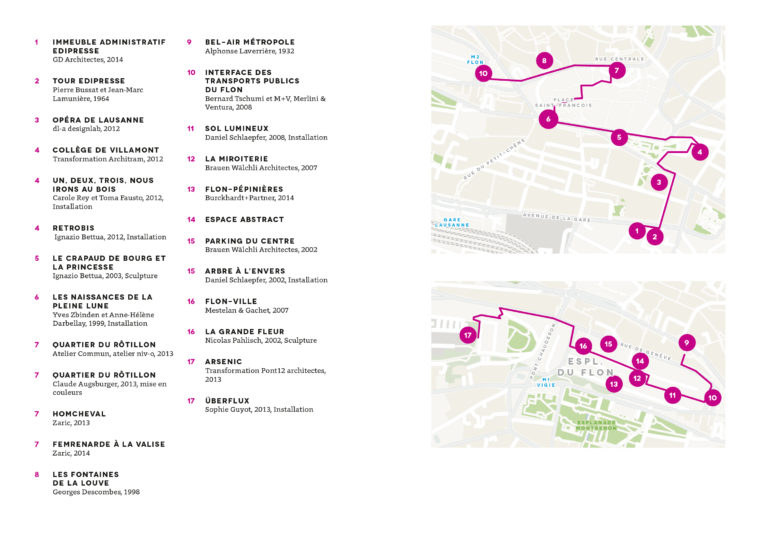 During the 19th century, the complex Lausanne topography, once an advantage for setting up a defensive system, became an obstacle to the development of the city. While it was relatively simple to knock down walls that had become useless, bridging the Flon and Louve valleys showed itself to be more complicated. The opening of the Grand- Pont bridge (1844), followed by those of Chaudron (1905) and Bessières (1910), brought the city into a new era. It was during the same period that a warehouse platform was established in the Flon valley, linked to the station and the lake by a funicular, the ancestor of the future M2. During the 20th century, the site was slowly abandoned before coming to life again from the 1980s and becoming the show window of a transforming city. With Ponts-Villes, Bernard Tschumi proposed new links, of which only one was built in the end as the Flon public transportation interface. The itinerary leads from the avenue de la Gare to dive into the Flon valley, after passing through Lausanne’s medieval fabric, showing a great variety of atmospheres and integrating several important cultural institutions that have recently been transformed.